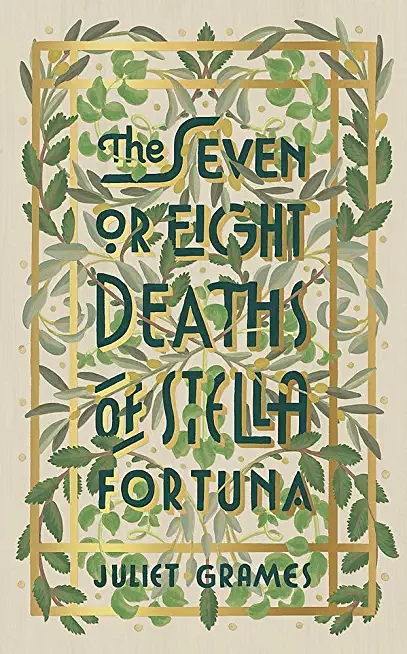 Hi Everyone!  Welcome to another month!  May already, but where is the sunshine?? It’s freezing here today!

Just a quick blog to show my May releases that I have on my kindle from NetGalley.  Reviews will appear on the blog as and when I read them throughout the month.

The Seven or Eight Deaths of Stella Fortuna by Juliet Grames  Published 7th May Loving this so far. 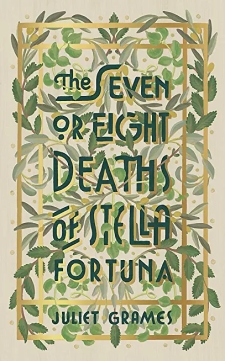 If Stella Fortuna means ‘lucky star,’ then life must have a funny sense of humour.

Everybody in the Fortuna family knows the story of how the beautiful, fiercely independent Stella, who refused to learn to cook and who swore she would never marry, has escaped death time and time again.

From her childhood in Italy, to her adulthood in America, death has seemed to pursue Stella. She has been burned, eviscerated and bludgeoned; she has choked, nearly fallen out of a window, and on one occasion, her life was only saved by a typo.

However, even the best-known stories still have secrets to reveal . . . and even after a century, Stella’s is no exception.

No woman survives seven or eight deaths without a reason. So, how did she? In a tale which spans nine decades, two continents, and one family’s darkest, deepest-buried truths, the answer awaits. . .

The Dangerous Kind by Deborah O’Connor  Published 16th May  I liked the sound of this one and a good thriller will make a nice change to the books I’ve been reading recently.

What if the people we trust are the ones we should fear?

One in 100 of us is what the police call a ‘potentially dangerous person’ – someone likely to commit a violent crime. These people hide in plain sight, they can be teachers, doctors, holding positions of trust, of power.

Jessamine Gooch makes a living tracking the 1 in 100. Each week she broadcasts a radio show that examines brutal offences, asking if more could have been done to identify and prevent their perpetrators.

But when she agrees to investigate a missing person case involving a young mother, she is drawn into a web of danger that will ultimately lead to the upper echelons of power, and threaten the safety of her own family.

Set over a long, dark winter in London and perfect for fans of HE SAID/SHE SAID and Belinda Bauer, THE DANGEROUS KIND is at once a gripping thriller and a stunning portrayal of the monsters that live among us.

The Never Game by Jeffery Deaver  Published 16th May  Jeffery Deaver will be at The Theakston Old Peculier Crime Writing Festival this July so thought I would read his latest before then.

A student kidnapped from the park.
Nineteen-year-old Sophie disappears one summer afternoon. She wakes up to find herself locked inside a derelict warehouse, surrounded by five objects. If she uses them wisely, she will escape her prison. Otherwise she will die.

An investigator running out of time.
Sophie’s distraught father calls in the one man who can help find his daughter: unique investigator Colter Shaw. Raised in the wilderness by survivalist parents, he is an expert tracker with a forensic mind trained to solve the most challenging cases. But this will be a test even for him.

A killer playing a dangerous game.
Soon a blogger called Henry is abducted – left to die in the dark heart of a remote forest – and the whole case gets turned on its head. Because this killer isn’t following the rules; he’s changing them. One murder at a time…

Becoming Mrs Lewis by Patti Callahan  Published 16th May  This sounded interesting when I was scrolling through NetGalley so thought I would give it a go.

A heart-rending historical romance, and a glimpse into the life of a writer

Poet, atheist and communist, New Yorker Joy Davidman is an unconventional woman – and an unlikely partner for an English academic and theologian.

And when she starts a correspondence with Narnia author C. S. Lewis, she isn’t looking for love. Her own marriage crumbling, she seeks refuge in her work, and guidance from a writer she admires.

But in Joy’s letters Lewis discovers a kindred spirit, and an intellect to equal his own. Bonding over a shared love of literature and ideas, a deep connection is forged between the two.

Embarking on the adventure of a lifetime, Joy travels from America to England and back again. Facing heartbreak and poverty, discovering friendship and faith, against all the odds, the couple struggle to secure a love that will endure forever.

The Woman Who Wanted More by Vicky Zimmerman  Published 30th May  Have seen this one a lot over on Twitter so should be a good one.

And one big life lesson: never be ashamed to ask for more . . .

After a major life upheaval on the eve of her 40th birthday, a reluctant Kate Parker finds herself volunteering at Lauderdale House for Exceptional Ladies. There she meets 97-year-old Cecily Finn. Cecily’s tongue is as sharp as her mind but she has lost her spark, simply resigning herself to the Imminent End.

Having no patience with Kate’s plight, Cecily prescribes her a self-help book with a difference – it’s a 1957 cookery manual, featuring menus for anything life can throw at ‘the easily dismayed’. Will Kate find a menu to help her recover from her broken heart? If Kate moves forward, might Cecily too?

The cookbook holds the secrets of Cecily’s own remarkable past, and the story of the love of her life. It will certainly teach Kate a thing or two.

So begins an unlikely friendship between two lonely and stubborn souls – one at the end of her life, one stuck in the middle – who come to show each other that food is for feasting, life is for living and the way to a man’s heart is . . . irrelevant!

Those who are loved by Victoria Hislop  Published 30th May  Again another one getting a lot of mentions by book bloggers.

Athens 1941. After decades of political uncertainty, Greece is polarised between Right- and Left-wing views when the Germans invade.
Fifteen-year-old Themis comes from a family divided by these political differences. The Nazi occupation deepens the fault-lines between those she loves just as it reduces Greece to destitution. She watches friends die in the ensuing famine and is moved to commit acts of resistance.

In the civil war that follows the end of the occupation, Themis joins the Communist army, where she experiences the extremes of love and hatred and the paradoxes presented by a war in which Greek fights Greek.

Eventually imprisoned on the infamous islands of exile, Makronisos and then Trikeri, Themis encounters another prisoner whose life will entwine with her own in ways neither can foresee. And finds she must weigh her principles against her desire to escape and live.

As she looks back on her life, Themis realises how tightly the personal and political can become entangled. While some wounds heal, others deepen.

This powerful new novel from Number One bestseller Victoria Hislop sheds light on the complexity and trauma of Greece’s past and weaves it into the epic tale of an ordinary woman compelled to live an extraordinary life.

That’s my list for May.  Again I’ve over done it with the request button……..oh well!  Do you have any of these??

Have a good week!

3 thoughts on “My NetGalley May Releases”